Take this 15-question survey and help us identify the top HR trends and priorities this year. 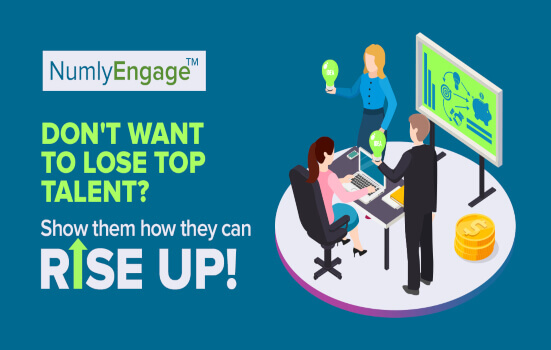 Setting a good example has twice as much value as giving good advice. When we think of great leaders, we tend to remember some of the things they say. However, would we remember any of their words had their actions not matched their words? The answer would be ‘no’.

People in the organization are watching their leaders. Whether we like it or not, people in a position of authority are always leading by example. People notice everything that leaders do − whether it is worth emulating or not. It is because of this that leading by example becomes important − leaders have to set examples to ensure that their actions influence others to adopt positive work habits and influence organizational success.

But what does ‘lead by example’ mean?

If we look at one of the greatest leaders of our time, Mahatma Gandhi, we can see that much of what he accomplished was owing to the merit of his actions. He was able to garner public support at an extremely challenging time and could motivate people to join him in his crusade for freedom only because he ‘walked the talk’.

Another great example of a great leader is Jack Welsh. Welsh developed the concept of a “boundaryless organization”− an organization where every individual is free to come up with new concepts and ideas. Great ideas, in his company, could not be limited to the higher−ups alone. Welsh promised to listen to ideas from anyone, irrespective of their designation in the company.

The concept of the boundaryless organization was not just an idea − it was not just talk. And the people across the organization didn’t take long to figure that out. Welsh went on to become one of the most successful leaders of GE and successfully built a team that was willing to follow his direction.

Now imagine, had Jack Welsh not become approachable and open, would the culture at GE change? Would it have become the boundaryless organization that Welsh wanted?

Would the soldiers of Alexander the Great have fought so hard had he, Alexander, not been fighting with them at the ground level? Would he not have gone down in the pages of history as yet another general leading a war?

When leaders say one thing and then act differently, it impedes the team’s ability to follow them enthusiastically. The absence of actions matching words only leads to suspicion and doubt. It leads to a lack of trust. And all of these factors can be damaging to employee morale and, consequently, to employee engagement.

Why do leaders need to lead by example?

It makes business sense to lead by example. Firstly, this form of leadership is highly effective because it makes people want to follow the leader. Secondly, it helps in generating higher levels of employee engagement as the employees see that their leaders are not afraid to roll up their sleeves and wade deep into the trenched ?with? them.

Employees expect managers to embody the values that they expect from them . With Gallup data pointing out that only 30% of employees are engaged at work, it becomes clear that amongst other things, there is room for management improvement. While there are many reasons for low engagement, improving leadership standards can be a positive force to influence flagging engagement levels.

The relationship between ‘leading by example’ and employee engagement

Good leadership is all about contributing positively to organizational health. It’s not about ticking off short−term goals to get to the next milestone. Employee engagement is focused on driving an emotional commitment from the employees towards organizational goals. When these employees see the leadership’s actions mimicking their words, it makes them more willing to put in discretionary effort − even when no one is looking.

It is interesting to see the relationship between leadership, organizational culture, and employee engagement.

The leaders are at the center of this Venn diagram and play a pivotal role because culture is learned behavior. It is not a by-product of any operation, and neither is it an overlay. Organizational culture is created by the actions of the leadership?not the other way around.

Jeff Bezos, for example, has said that if his people have a one in ten chance of making a 100X return on investment, he’d like them to take that bet every single time. However, this also means that Amazon is willing to tolerate someone failing nine out of ten times.

Bezos’ willingness to accept failure as a path to success helps the employees work fearlessly as well.

Culture stems from the behaviors we embrace across the organization. And the tone and tenor is set by the leaders. Those who can match their words to their actions successfully create enabling environments that are conducive for employee growth.

Greater employee engagement emerges as a consequence of this action.

Josh Bersin, very aptly states, “Rather than consider people as “hired hands” we want to “engage,”?high−engagement companies understand that employees are the essence of products and services.”

How are you developing your organizational leadership? Numly’s AI−enabled platform helps you develop an inclusive and supportive workplace culture that supports leadership development at all levels. Try today!

If You Want to Win the War for Talent, You Must Train Your Managers to Lead

The Leaders’ Role in Employee Engagement