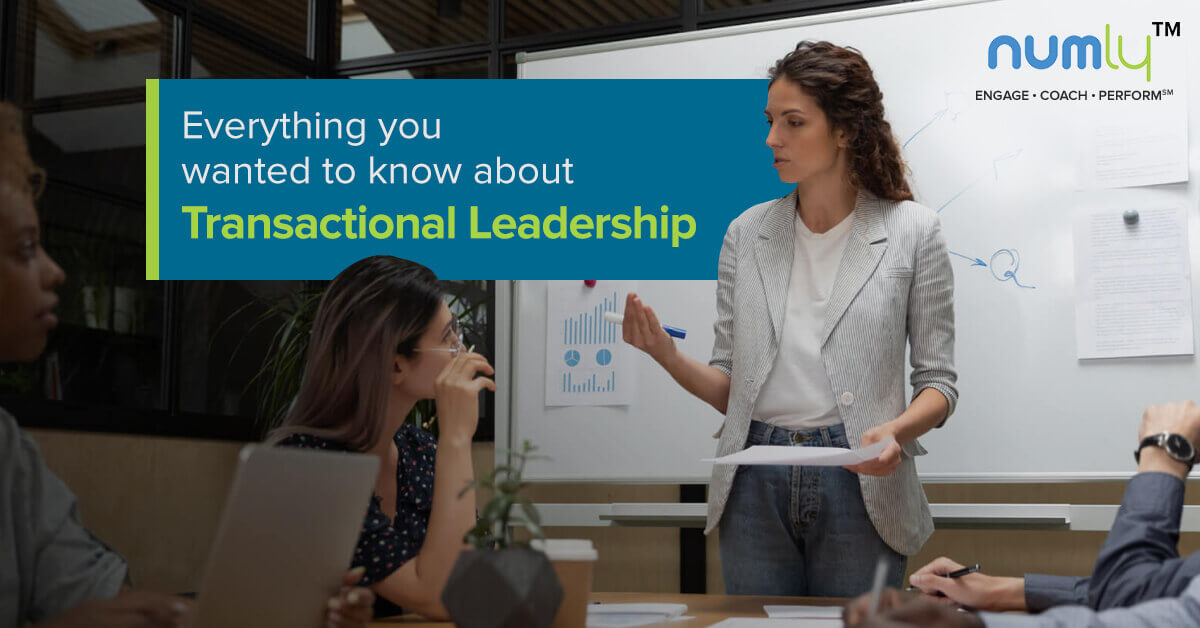 Do you remember that psychological experiment with the hungry rat in the box? That study was conducted by BF Skinner, who famously created a method called operational reinforcement. His experiment essentially proved a theory that all managers and mothers know – rewards beget good behavior, and punishment deters bad behavior. Is that why it’s called a rat race? Probably not. But this theory applies to a practice called transactional leadership. Let’s find out more about that and how it works.

What is Transactional Leadership?

German sociologist, Max Weber, created this brand of leadership in the mid-20th century. He had theorized different styles of leadership, and one of those became known as transactional leadership. Over the years, others advanced this leadership theory and added more elements to it. Throughout the late 70s and 80s, this form of leadership was tested and worked upon.

Also known as managerial leadership, transactional leadership is one where the executive uses rewards and punishments to get optimal job performance from their subordinates. It’s based on exchanges such as rewards and punishments. The leader would reward those who perform well and punish those who don’t. This theory is based on the assumption that employees are not self-motivated to do their tasks and require structure, supervision, and instruction to do so. Leaders will reward their employees with something their workers want, such as added pay.

Here are a few roles of a transactional leader:

What Type of Person is a Transactional Leader?

A transactional leader is someone who has been given the specific responsibility to ensure that their employees deliver specific results. These are well-articulated and measurable and are evaluated on whether they meet certain requirements. These leaders appeal to self-interest to keep them on track. They must have a rigid personality and deep respect for the status quo. Transactional leaders have certain qualities that set them apart from other types of leaders.

How Can You Become a Transactional Leader?

Becoming a transactional leader entail that you understand and imbibe the following basic assumptions:

The theory has a behavioral approach to leadership and bases it on a system of punishments and rewards. To fulfill that, you’ll need to learn how to create realistic benchmarks, when and how to reward your subordinates, and when and how to punish them. To become an effective transactional leader, you must understand how to strike a careful balance of this. You must also understand the following concepts:

You would also have to be:

All these qualities will help you excel as a transactional leader.

It’s important to remember that there’s no correct way to lead. Every leader and organization has their own style and culture. These phases and the visions of your organization will play a major role in deciding what kind of leadership is right for you. The right person will complement the current leadership team and your company will grow to its next level. Just figure out the best ways to train your leadership in this theory if you think it’s right for you. Begin your journey today and train your leadership the way they need to propel your company to greater heights.

If you like reading about leadership, you may enjoy reading

How Diversity and Inclusion Impact the Top Line Revenues

Does your Employee Engagement Strategy Drive Consistent and Multi-Touch Interactions?